12 tips for conserving energy when cooking

10 top tips to save energy in the kitchen

12 tips for conserving energy when cooking

I marvel at how energy efficient my gas camp stove is – a 4 pound bottle lasts me 3 weeks or more – I wondered why the gas ranges in domestic kitchens aren’t the same.

It seems some of the reason is due to the type of gas; but much of the issue is noise – a camp stove is quite noisy compared to a household gas range, but it’s this feature that makes it so efficient – the size and number of holes in the burner. It’s another example of how we have swapped efficiency for aesthetics to our financial and the environment’s detriment.

We do use a heck of a lot of energy when cooking – think about how long it takes to bring a pot of water to boil on an electric stove – turned up full blast, it’s chewing up to and sometimes beyond 2400 watts per hour.

While there may not be noxious fumes pouring out of your kitchen (unless you burn something or are cooking cabbage), they are produced elsewhere; for example, where your electricity is generated.

While comparatively cleaner, natural gas is a fossil fuel; another industry that has inflicted a huge amount of environmental damage and is set to do more through the increase of extraction processes such as fracking.

There are some ways to work around the inefficient appliances in our kitchens to reduce their environmental impact; here’s a few tips:

Where possible, cover up your pots and pans. This will help your food to cook more quickly and generates a higher temperature allowing you to turn down the stove.

2. Taking the heat off

Instead of turning off the stove when the food is done, experiment a little with switching it off just before the food is cooked. An electric frypan can be switched off a minute or two earlier, and oven up to 10 – 20 minutes depending on how well it’s insulated and sealed. It may not sound like a huge saving, but particularly with electric stoves, the dollars will add up.

Instead of boiling water in a pan; zap it in a microwave instead. In fact, try to use a microwave as much as possible as it will save a stack of electricity.

What is it with cooking carrots? They taste great uncooked in my opinion; as do many other veggies. Experiment a little more with raw foods. You’ll not only save electricity and gas, but nutrients which cooking destroys.

I fired up the fry pan sometimes and then started slicing and dicing – tch tch; wasting a bit of gas in the process. Always ensure your ingredients are prepared as much as possible before turning on the heat.

Growing up in the 70’s, crock pots were all the rage. These were heavy pots that took ages to cook anything, but cooked at a very low temperature. The idea was to switch it on before you head off to work and by the time you came home, the food was done. Saved power and the end results were delicious too!

Not ready to eat just yet? Instead of having the stove top going to keep it warm, wrap the pot up in a towel – this will help insulate it for quite a while.

8. Splurge on pots and pans

Resist buying cheap pots and pans – they’ll cost you more in the long run. A good sturdy, thick walled set will last you a lifetime and while they take a little longer to heat up, the heat distribution is better and they’ll also store heat for longer. Glass and ceramic pots and pans are said to be the most efficient, but personally I like heavy steel as I’m a bit of a klutz at times.

9. The right pan for the job

If you can see the heating element or the gas flame is licking a little on the side of the pot or pan, it’s too small and much of the heat is being wasted.

How’s your oven door glass looking? It’s worth spending the time to keep it clean so you can see in rather than opening the door to check on the food.

(Apologies to Joan Armatrading and fans). Older gas ovens may have a pilot light that burns 24/7. While it’s a small flame, over the period of a day, it uses a lot of gas. Consider switching it off (properly).

Only use as much water as you need in a pot. Every extra drop requires more energy to heat and will increase the cooking time.

Observing some or all of the points above won’t save the environment, but when millions of us take these small steps in conserving energy, it certainly adds up!

Have some tips you’d like to share on saving gas and electricity when cooking? Please add them below!

For other ways of being more energy efficient around the home, check out my electricity saving tips.

Warning: Trying to access array offset on value of type null in /customers/a/f/9/allgreen-energy.com/httpd.www/wp-content/themes/betheme/includes/content-single.php on line 278 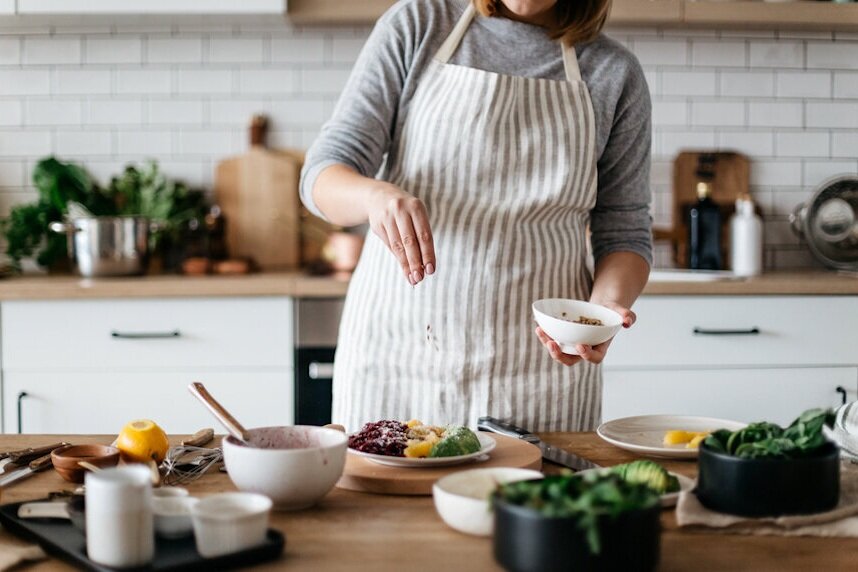 10 top tips to save energy in the kitchen